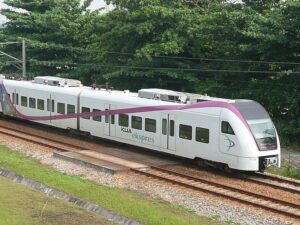 Express Rail Link (ERL) is stretching the operating hours of its KLIA Express and KLIA Transit services that provide travel between Kl Sentral, KLIA, and KLIA2. The policy was implemented on 25 April and also includes increased frequency of the service during peak hours.

Moreover, the waiting time for a new train has been cut from 20 minutes to every 15 minutes during peak hours. The frequency of off-peak hours remains the same at every 30 minutes and you can check the updated schedule here to plan your journey better.

KLIA Express and KLIA Transit resumed operations back in October as a combined service and will continue to do so despite the extended hours and higher frequency. It takes 35 minutes to travel from KL Sentral to KLIA and an extra five minutes to get to KLIA2, with the ticket counters closing 10 minutes before the last train departs.