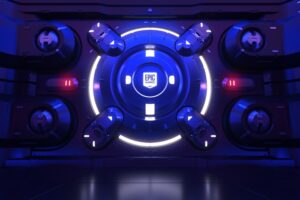 The Epic Games Store (EGS), besides being owned by the creator and owner of the world-class Unreal Engine, is also known for its generosity in offering free games on a weekly basis. Well, the digital store owned by Tim Sweeney may be planning on kicking it up a notch this festive season, by offering daily free games next month.

According to the rumour posted on the French forums, Dealabs by rumour monger, billbil-kun, a leak obtained from their sources seems to suggest that Epic Games plans on doing the free giveaway next month. More specifically, it plans on starting from the middle of the month, 15 December.

That’s not all to the rumour either. As per billbil-kun’s posting, they say that Epic Games’ free daily giveaway is expected to last well past Christmas, and into the New Year. To be precise, we’re looking at a period between 15 December 2022 and 10 January 2023.

We should mention that this isn’t the first time Epic Games has run a campaign like this. Starting back in 2019, the owner of Unreal Engine initially gave 12 free games out as part of its Holiday Games Sale, which lasted from 19 December to 31 December. Then, in both 2020 and 2021, it increased that number to 15 titles.

Unfortunately, Epic Games has not released any information as to what free games it intends to offer this season, but lest we get ahead of ourselves, the alleged daily Christmas giveaway has still yet to be confirmed by the company, but fingers crossed.

In the meantime, and while we wait for any confirmation on whether or not the Epic Games Store festive giveaway will be taking place, you may be happy to know that EA’s Star Wars: Squadron, the space flight simulation that allows you play as a pilot for either the Rebellion or Imperial Forces, is currently this week’s free game, along with two other titles, Fort Triumph and RPG in a Box.

The post Epic Games To Give Away Free Games Daily Starting 15 December appeared first on Lowyat.NET.