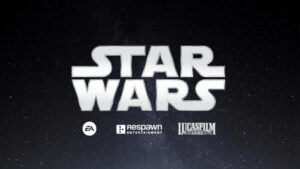 The Star Wars exclusivity license that Electronic Arts holds is expiring in 2023. This has allowed other game makers to announce games of their own that take place in the series’ universe. But EA itself is not stopping, as it has announced that it is getting Respawn Entertainment to work on three Star Wars games of their own.

Starting off, the devs will be working a sequel to Star Wars Jedi: Fallen Order. Being a sequel to an existing game, it should follow a similar formula. The second title is an “all-new” first-person shooter entry. And third, Respawn will be working with another studio called Bit Reactor which is staffed by people who were formerly of XCOM series maker Firaxis Games. Together, they will be coming up with a new Star Wars Strategy title.

While on the subject of new games, GamesBeat also reports that there won’t be a Star Wars Battlefront 3. The series is traditionally made by DICE, another EA studio, but the publisher is putting all of its Star Wars resources into Respawn Entertainment.

With the studio now having to work on three games in addition to keeping Apex Legends up and running, Respawn is going to have a rough couple of years ahead. And with the success of Star Wars Jedi: Fallen Order, there’s quite a lot riding on its sequel.

The post EA Has Three Upcoming Star Wars Games; Battlefront 3 Not Among Them appeared first on Lowyat.NET.