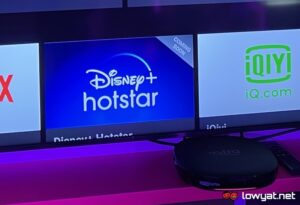 Almost one year after Disney+ Hotstar goes official in Malaysia, the app will finally be made available for Astro UItra Box on 28 April. Essentially, this means that Ultra Box users will no longer need to switch out of the set-top box if they want to access Disney+ Hotstar.

Access to Disney+ Hotstar is currently available for Astro customers with selected packs including Movies, Premium 1, Premium 3, and Platinum. Those who subscribed to the base Primary pack can obtain the service by adding the Movies Pack to their plan for an additional RM35 per month.

Another option available for Astro customers is to subscribe to Disney+ Hotstar via Astro billing. However, the pricing for this option is still RM54.90 for 3-month although they will have to convenience of having the charges in the same Astro bill.

Meanwhile, the app will be heading to Astro Ulti Box at a later time although the release date will only be announced at a later time. For further information, just head on to Astro’s website right here.