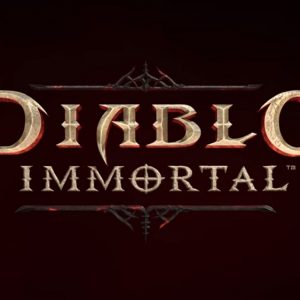 Blizzard Entertainment previously announced that Diablo Immortal will be released on 2 June, alongside a surprise PC version reveal. While it may be the case for certain markets, it doesn’t quite apply to the Asia Pacific one. Instead, the company says that we’ll be getting access to the game on 23 June instead.

In addition to Malaysia, other countries to get Diablo Immortal on 23 June instead include Hong Kong, Macau, Taiwan, Indonesia, Singapore, the Philippines, Thailand and Vietnam. That last one is also drawing the short end of the stick, as they only get access to the game on PC, when the game is also supposed to be on Android and iOS.

In a press release, Blizzard also says that Southeast Asian countries will also be getting dedicated regional servers. Which is good news as it would mean less latency. But so far the company has not announced the list of locations where the servers will be at.

If you need a refresher, Diablo Immortal was first announced back in BlizzCon 2018. It was met with near universal scorn due to a number of factors, including the fact that it was to be, at the time, a mobile exclusive entry for a primarily PC series.

In addition to the recent PC announcement, Blizzard also said that the game will support both cross-play and cross-save. The game will also be free-to-play on both platforms, which is nice as it means that players will be able to keep their progress regardless of if they play while on the move or after they’ve settled down at home.

As for its plot, the events of Diablo Immortal takes place in between the second and third game. Six classes will be selectable when the game becomes available, which are the Barbarian, Crusader, Demon Hunter, Monk, Necromancer and Wizard classes.

The post Diablo Immortal Gets Delayed In Asia Pacific To 23 June appeared first on Lowyat.NET.