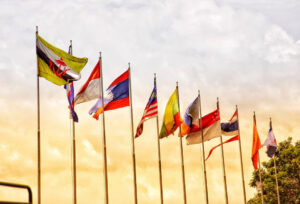 The Association of Southeast Asian Nations (ASEAN), made up of Brunei, Cambodia, Indonesia, Laos, Malaysia, Myanmar, Philippines. Singapore, Thailand, and Vietnam, have agreed to move towards mutually recognising the COVID-19 vaccine certificates of each country. According to Deputy Health Minister Aaron Ago Dagang, this was decided during a special discussion session of the 15th ASEAN Health Ministers’ Meeting.

The move and agreement is to facilitate safe and seamless travel in the region for citizens of member states. The Deputy Minister explained that the recognition will be based on the ASEAN Universal Verification Mechanism — led by Indonesia — or another mechanism that is based on the technical specifications of the World Health Organisation (WHO).

The recognition system will also be able to support ASEAN nations that have yet to develop their own vaccine certificate verification system, said Aaron. In the meantime, Malaysia has already established mutual recognition deals with at least half of the union’s members, including Singapore, Brunei, Philippines, Thailand, and Vietnam.

Outside the region, Malaysia has also formed mutual recognition partnerships with Qatar and the European Union, though some European countries require Sinovac recipients to get Pfizer boosters. Other Southeast Asian countries have not had as much luck with the EU, as the region has so far only recognised the vaccine certificates from three ASEAN members, namely Malaysia, Singapore, and Thailand.

According to Google, demand for international travel in Southeast Asia has risen dramatically in the past few months, with the Philippines and Indonesia hitting higher search volumes than even pre-pandemic levels. With tourism contributing US$380 billion (~RM1.67 trillion) yearly to the region, ensuring smooth travel is key to reviving the industry.

Malaysia itself has already done away with pre-departure and on-arrival COVID-19 testing requirements for fully vaccinated inbound travellers. Tourists also no longer require travel insurance and the outdoor mask mandate has been scrapped.