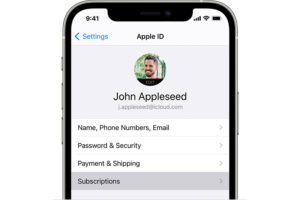 Apple has launched a new feature for app developers that lets them automatically roll out higher prices for existing auto-renewable subscriptions. The company had been testing this feature since late March but is now rolling it out to all developers although it does come with some conditions.

Currently, when an app developer wants to hike up prices of subscriptions for existing subscribers, users must agree to the hike manually or their subscription will be cancelled automatically. With the change, subscribers will only be notified of the price change before their next billing period and the higher price will be charged automatically.

iOS biz people… Subscription price increase as mere NOTICE instead of having to confirm, else subs expires.

Is this new behavior for everyone or exclusive to Disney+? pic.twitter.com/zt7c15QcTA

That being said, Apple will make it easy to cancel the subscription altogether if they are not happy with the price hike. The new feature was first spotted when streaming service Disney Plus increased its subscription fee in March as some users noticed that the email they received was only notifying them instead of asking them to agree to pay the higher price.

To prevent abuse, the company has put certain restrictions on this opt-out rollout. For example, the price increase may not happen more than once per year and must not exceed 50% of the current price.

It also cannot go up more than US$5 (~RM22) for non-annual subscriptions or US$50 (~RM220) for annual subscriptions. If the subscription price increase goes over these thresholds, then users must consent to the price before their next billing period or it will be automatically cancelled if no action is taken.

Any changes to subscription pricing will result in users being notified in advance via email, notifications if the users have them turned on for those specific apps, and in-app messages. Apple said that it’s implementing this new system in order to ensure that subscription price increases do not interrupt the service.

Of course, if you were charged a higher price without being aware of it and wish to cancel the subscription retroactively, you can always request a refund directly from Apple.