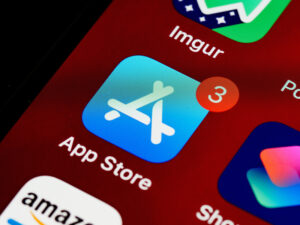 You’re probably familiar with the legal battle between Epic Games and Apple, as well as the resulting Coalition for App Fairness. If not, most of this is over the 15% – 30% cut that the iPhone maker takes for every transaction that happens within apps that you can download from the App Store. This also includes the fact that most apps are not allowed to redirect users to their own sites for payment.

Though this looks to be changing for certain types of apps. Developers of what Apple calls “reader” apps will now be allowed to add a link in their iOS apps that direct users to their own websites.

As for what reader apps are, the company defines them as apps that “provide previously purchased content or content subscriptions for digital magazines, newspapers, books, audio, music and video”. Examples include the likes of Spotify and Netflix.

This change is the result of the settlement between Apple and the Japan Fair Trade Commission. But rather than implement this change in just one country, the iPhone maker is making the policy apply to reader apps around the world. This may not necessarily allow these reader apps to skip the 30% cut if their users chose to pay via their own website. But this definitely doesn’t apply to Epic Games and Fortnite since games are not considered reader apps.

The post Apple Now Allows Reader Apps To Link To Their Own Sites For Payment appeared first on Lowyat.NET.