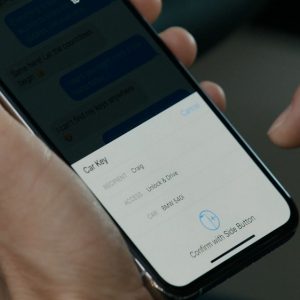 Apple seems to have quietly added a few more models to its list of vehicles that have support for CarKey. While it was previously limited to newer BMW cars, the feature has now expanded to select models from Genesis and Kia, which are both under Hyundai Motor Group.

The company updated its list of vehicles that support CarPlay and CarKey recently to now include the 2022 Genesis GV60, 2022 Genesis G90, and 2022 Kia Niro. The addition of Genesis cars was expected as a string of code in iOS 15 referencing it was spotted a few months back.

Despite this, it’s not clear whether CarKey is already available for the listed 2022 Genesis and Kia vehicles or is still in the midst of deployment. A spokesperson for Kia told MacRumors that the company will have more information about Digital Key availability in the coming weeks.

Meanwhile, the Genesis GV60 already supports Samsung’s Digital Key feature, which also uses Ultra Wide Band (UWB) and NFC technology to enable “passive entry”, the same as per its Apple counterpart. Aside from Genesis, Samsung has also previously announced a partnership with Audi, BMW, and Ford to look into the digital key technology.