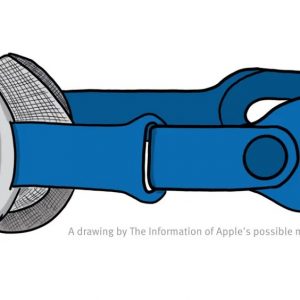 Just last week, Bloomberg reported that Apple has renamed, at least internally, the operating system for its mixed reality headset. Initially called RealityOS, or rOS, the report noted the name being changed to xrOS, with the name change also being taken as a sign of an imminent launch. The report noted a broad release window of 2023, but now, analyst Ming-Chi Kuo has narrowed it down somewhat to the second half of the year.

As a part of a pretty lengthy Twitter thread, Kuo shared that the Apple mixed reality headset may get delayed to “2H23”. The tweet mentioned that the previous estimated date for the headset’s release was 2Q23, based on the shipment of components. But “software-related issues” pushed the new forecast back to the current second half window.

(8/8)
It still needs to be determined whether the media event schedule (previously estimated in January 2023) will also delay, but usually, if the time frame between the media event and end product mass shipment is too long, it’s detrimental to promotion and sales.

Kuo goes on to mention that it’s still not yet clear if the press conference announcing this Apple mixed reality headset will also be delayed as a result. He also notes that this press conference was previously estimated to be taking place in January of next year, which is pretty soon to say the least. In the tweet, Kuo implies that the company may push the press event back as well to reduce the gap between announcement and actual launch could affect consumer interest, and sales as a result.

That last bit may be a point of contention though. After all, the Apple Watch did have a seven-month gap between its announcement back in September of 2014 to its actually availability in April. But on the flip side, the company’s first mixed reality headset is expected to be prohibitively pricey anyway, with estimates of its price being way beyond what the average person would be able to justify paying for. This would deter sales regardless of if it was available immediately after launch or if there was a fair amount of waiting in between.

Either way, assuming these predictions are accurate, we may be only a month or two away from an official announcement by Apple. It won’t be too long before we find out if this will really come to pass.

The post Apple AR/VR Headset May Be Launched In The Second Half Of 2023 appeared first on Lowyat.NET.