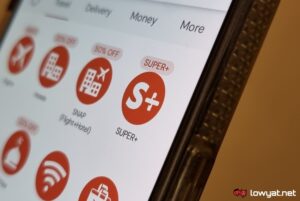 AirAsia today has officially launched its new subscription service called Super+. While it is not exactly identical to Amazon Prime which is something that Capital A’s CEO, Tony Fernandes used to describe the service back in January, the main keyword of the Super+ still remains the same as per the presentation slide that was shown at that time which is the emphasis on “unlimited”.

Priced at RM639 per year, SUPER+ subscribers are able to obtain unlimited flights in Malaysia and across ASEAN from 11 April 2022 until 10 April 2023 with up to two flights on the same day. That being said, the flights must be under the AirAsia carrier code AK, FD, QZ and Z2, as these flights are operated by AirAsia Malaysia, Thailand, Indonesia, and the Philippines, respectively.

According to the FAQ on AirAsia’s website, subscribers also have to book their Super+ flights 14 days in advance. As expected, the free flights only cover the base fare and do not include other add-ons as well as surchargers which are something that subscribers have to pay themselves.

On the other hand, the Super+’s TnC also noted that subscribers can have up to three no-shows before their Super+ subscription can be revoked by AirAsia. As you may expect, there are limited numbers of free seats on each flight that can be claimed by Super+ subscribers.

Furthermore, there is also something called the “embargo periods” whereby there will be no free seats allocated to Super+ subscribers. The list is actually quite extensive which seemed to mainly cover public holidays and school holidays such as flights from Malaysia to Indonesia between 1 to 30 April 2022 in regards to Ramadhan, as well as all AirAsia flights from 13 to 16 May 2022 due to Labour Day and Hari Raya.

Meanwhile, Super+ subscribers will also be provided with unlimited free delivery charges for their AirAsia Food orders. However, there is a minimum order of RM15 needed before they can use that privilege and the order must come from selected restaurants although this is something that will be applied automatically by AirAsia Super App.

Not to forget, the Super+ subscription also comes with unlimited COVID pre-departure insurance coverage which allows subscribers to claim up to RM150 if they are infected by COVID-19 seven days before their Super+ flights.

The Super+ subscription is essentially a time-limited offering as it will only be available for purchase until 2 April 2022 via AirAsia Super App and AirAsia’s website. In addition to that, the airline also said that there are only 200,000 Super+ subscriptions available throughout Malaysia, Thailand, Indonesia, and the Philippines.